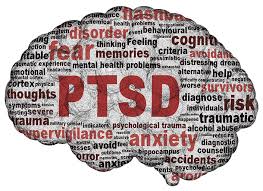 The bravery that enables men and women to become first responders is also the personality trait that makes them feel like they should not need to ask for help themselves. That, paired with society’s stigma surrounding mental health and professional structures that frequently punish those who do seek help, all have created a crisis. These heroes are more likely to die by suicide than in the line of duty.

First responders are 20% more likely to commit suicide than the general public. The experiences that come with these professions take a serious toll, often resulting in PTSD and depression. Many suffer in silence and too many end their pain with suicide.

These numbers are based on only the deaths reported as suicide, so the real number is even higher. According to the Firefighter Behavioral Health Alliance only 40% of fire fighter suicides are reported. That means that in 2017 the number of fire fighters lost to suicide is close to 257, double the number lost on duty.

Invisible Wounds Project is focused on raising awareness and providing services to military and emergency personnel who are battling PTSD, mental health issues and suicide.

It is our belief that in working with the community, our sponsors/donors and volunteers that we can have a dramatic impact on the mental health crisis that is taking place within this group of men and women. We believe that we can improve the quality of life and save the lives of those who serve our country and communities.